Connect with Verified Car and Bike Carriers with Movemycar.in 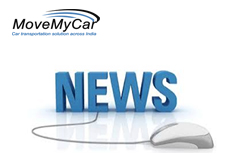 The auto transportation industry in Delhi is soon going to view a major transformation. After Modi government announcement to launch electric vehicles in India, the major auto giants are soon planning to roll out new models of Electric Cars in Delhi. At present, only a handful of vehicles are seen on the roads of the Capital city. Soon the entire scenario is going to change with the launch of Electric vehicles in Delhi.

Audi E- Tron (SUV electric car):- Audi will soon introduce its sports utility vehicle electric car by the end of 2019 or by the very beginning of 2020. Its expected price will range between 1.15 to 1.20 Crore. It will be having the capacity of 5 seating and it will consume a 95 KWH lithium-ion battery.

Maruti Wagon R EV: - Maruti occupies the largest share of car manufacturers in India. By the next year that is by 2020, Maruti is expected to launch its electric car in India. This first launch of Maruti will be known as Maruti Wagon R EV. This proposed plan of Maruti was showcased in inaugural Move Global Mobility Summit in Delhi. This electric car once launched will operate on lithium-ion batteries, one of the most costly batteries for running electric cars.

Revolt RV 400:- This is another upcoming electric car which is in news these days. This is the very first electric vehicle launch by revolt motors. It is expected to launch by August 2019. This electric car will have amazing features and an amalgamation of superb technical techniques. Its construction will entirely be based on artificial intelligence. The company officials said in a news statement that “The price of Revolt RV 400 will be quite affordable.” This statement came as a great surprise for many people.

Mahindra EKVU 100:- Mahindra EKU will be another Electric car that will soon be launched this year. It will also be another affordable launch in the category of electric vehicles. This car launch by Mahindra will cost 7 to 9 lakh to an individual. This news has also delighted the residents of Delhi NCR who want to invest in electric cars.

MG: eZS:- MG motor also announced its launch of the electric car by the end of this year in India. MG Motor is a British automaker that is soon going to launch its first version of electric vehicle in India. Although its price will be affordable for affluent people only, yet people who don’t hesitate in spending a great amount will definitely love to buy this car. Its approximate cost will be around twenty-five lakhs.

If you are looking forward to having Electric Cars in Delhi, definitely your dream will soon get completed. As by the very next year, multiple versions of electric cars will be running on the roads of Delhi.  As soon as these cars will be running on the roads, people will definitely realize that Car Carriers in Delhi prices will also shoot up. Definitely Electric cars will enjoy a bright future in India.

Tell us about your Need

and get connected to Relevant Packers & Movers Experts!